After giving our new starters a few months practice on our new pool table, we decided that now is the time to settle the banter once and for all and host an Amicus Pool Championship 2018 to determine the best pool player in the office! With only 6 players, it's a tough ask to create a 'championship', but we've found a format that will mean the 'championship' wont be over in 10 frames! :)

Basically there'll be two groups of 3, each player will play eachother twice and the top two will progress to the semi final. The final will be hosted on 6th July to win the coveted Amicus Pool Trophy and a name in the hall of fame.

After the first round of games, here are the latest standings in each group, along with a few pictures from a few of the first few games: 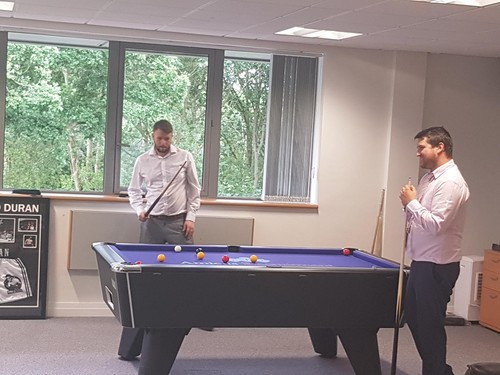 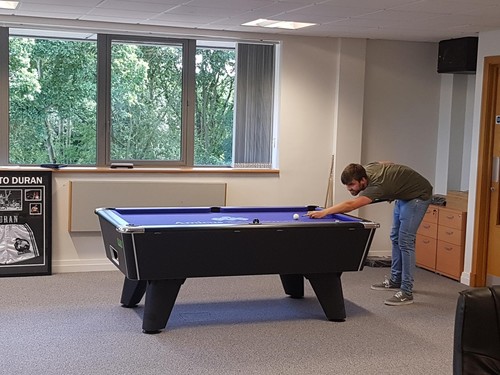 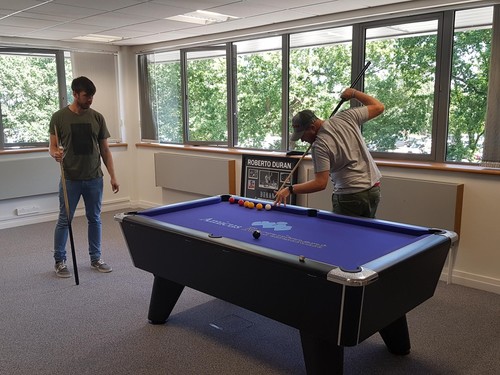 As Jake is off for the next week (I know, a recruiter having a holiday right!), we're having a 'summer break', but the 2nd round of games in the group stages, followed by the semi/final will be taking place week commencing 2nd July so stay posted for further updates!

Let us know who your money's on to take the crown!